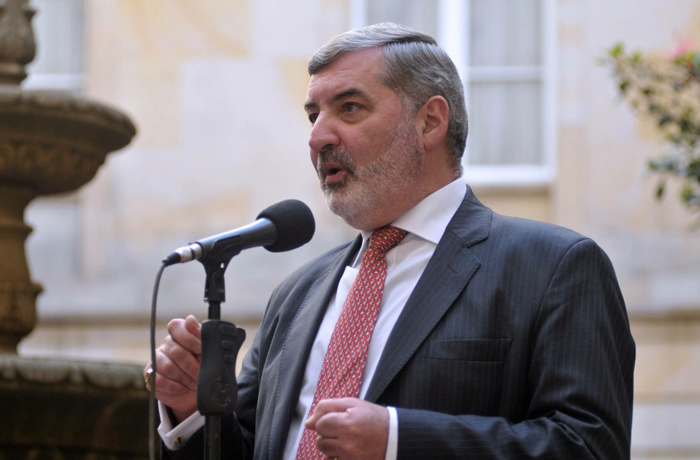 The last year has again seen a remarkable level of activity for the Centre for Democracy and Peace Building, from the excitement of our Van Morrison fund-raiser, to our rapidly expanding international activities and our engagement with ground-breaking digital developments. However across the world, it has been a disturbingly challenging time for those of us committed to democracy and peace building.

Our EU Debate NI initiative was an enormous success, but while Northern Ireland voted to stay in the EU the people of the United Kingdom as a whole voted to leave. So now we face a new challenge – how to get the best outcome we can for the people of Northern Ireland – and CDPB is making its contribution to the thinking necessary in London, Dublin, Belfast and Brussels.

On its own Brexit would have been a major challenge, but the elections to the Northern Ireland Assembly, the second in less than a year, were another watershed. For the first time since partition in a province-wide election the unionist parties saw their majority melting away, and instead of the election enabling a return to a functioning Assembly and Executive, it resulted in more uncertainty. Unless agreement can be reached by the Northern Ireland parties before the end of June, the snap Westminster General Election may well be followed by yet another Assembly Election in the autumn, and neither of these contests is likely to improve relationships at the top political level nor bring a clear resolution of the problems.

Our on-going community programmes like Music Unite continue to do excellent work, but we are faced with the same financial challenges as others in the public and community sectors largely because the absence of a functioning Executive makes significant resource decisions impossible. We have been cooperating with others, and especially with British Council, to mark the twentieth anniversary of the Good Friday Agreement in April 2018, and if our plans come to fruition we hope that we will be celebrating in the context of more hurdles overcome in the Peace Process and new lessons learnt.

Whatever the challenges at home, they pale in significance against the global canvas. While President Santos received the 2016 Nobel Peace Prize for his leadership of the Colombian Peace Process, and we continue to work with our colleagues there on the implementation of last year’s agreement between the Government and FARC, there is no hiding the difficulties faced from the beginning of the implementation of the accord. That said, it is one of the few significant peace processes anywhere in the world that is still making progress. Democracy, peace building, and even truth in the public space have faced serious challenges across the world, not just in the descent into chaos in the wider Middle East, but in the unravelling of the European Project, the loss of by the United States of America of any sense of moral leadership, and the host of other crises and conflicts that have arisen on land and sea and in cyber space. Nowhere seems immune or entirely safe.

The Board of CDPB is determined to ensure that we do all we can to contribute to overcoming the problems faced by democracy and peace building at home and abroad, and in addition to internal restructuring we are engaging more closely with our partners, especially the Centre for the Resolution of Intractable Conflict at based at Harris Manchester College, University of Oxford. We will only be successful if we strengthen our network of relationships.

I would like to express my personal appreciation to my Board colleagues, not least Liam Maskey who was with us from the start, but has stepped down from the Board for personal reasons. I also want to note the wonderful work of Conor Houston who continues with us as Programme Director and Consultant but as his reputation has grown he is unsurprisingly in demand from many other sources, not least with his appointment as a Governor of the Irish Times Trust – congratulations Conor.

Most of all of course, I am joined by my Board colleagues in expressing our deepest appreciation and gratitude to our CEO, Eva Grosman. She carries a prodigious work load with irrepressible charm, extraordinary energy, and a serious and profound commitment to all the causes which the Centre for Democracy and Peace Building was founded to promote. All of you who know anything of CDPB, know how fortunate we are to have Eva, and as you read in this report about the work of CDPB over the past year, you will see the positive signs of Eva’s engagement in every single activity and project.

In this difficult and uncertain time you will be encouraged by what it is possible to achieve, and I hope that we can depend on you to work with us in making the next twelve months a better one for democracy and peace building.