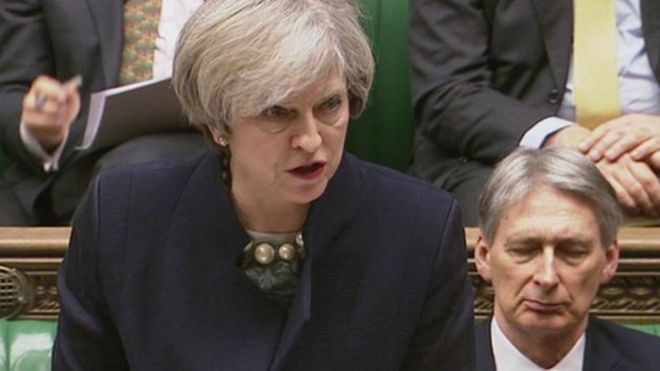 As BBC reported, I took the opportunity to set out where I stand on Brexit – with some of my profound concerns about what has been happening – in the House of Lords debate on Amendment 2 at Committee Stage of the European Union (Notification of Withdrawal) Bill on 27 February 2017 (Hansard Vol 779, Col 594).

You can read the transcript from Hansard below or listen to the speech by clicking on the hyperlink below and scrolling down to 16:18:55 –

My Lords, I have always been a fervent European. It is an emotional thing as much as an intellectual one. In my own family there are people from outside of the UK. My wife and I make our home not just in Northern Ireland but also in continental Europe. As a former vice-president of the European Liberal Democrat Party and someone always committed to Europe, it is part of me politically; and intellectually, the principles behind the European project have been a driving force in my own way of understanding a better way of doing politics, particularly, of course, in my own part of the world in Northern Ireland.

The border was not the cause of our problems; it reflected problems that were there before but it also exacerbated them. The way that the European project worked for many years provided us with inspiration and a model to change relationships within Northern Ireland, between north and south, and between Britain and Ireland. However, for me, sadly, it was neither entirely a shock nor a surprise when the referendum went the way it did. For some years, as some noble Lords will know, I had been warning that, unless those with influence in Brussels and those of us who are pro-European influenced our colleagues in Europe to change the way that the European project was developing, ​we would find those opposed to the European Union increasing in number and in fervour, and it would not be good for the project—indeed, it would be destined for disaster if there was no change. I said so in your Lordships’ House on more than one occasion but there was not a preparedness to listen.

For me, the European project was essentially a peace project. It was not about the euro or the single market, and it was not about providing a space at the top table of global affairs for Presidents and Prime Ministers of small European countries. It was a peace project to try to make sure that Germany and France, in particular, and the rest of Europe did not go to war again, but now it has become the focus of division within Europe.

Those of us who are pro-European should have been looking for a long time at why things were going wrong. If a couple divorce after 40 or more years and the one who leaves does not do so in order to go to another partner, the one who is left needs to ask themselves some serious questions about the motivation for the divorce after such a long time. The answer is that the European Union was not developed on liberal principles of freedom, flexibility, organic growth and development, and sensitivity to differences of identity and culture right across Europe, particularly between northern and southern Europe. Instead, it was centralising and focused on itself and on the interests, concerns, preoccupations and beliefs of the elite, with the result that many ordinary people found themselves becoming disenchanted. This is a disaster. We know what happens when Europe becomes divided, but divided it has become, and our job now is to try to find a way of bringing it together.

Before turning to Her Majesty’s Government, I want to refer to our colleagues in Brussels. It is not a one-sided business—relationships require movement from both sides. Immediately after the referendum, Mr Juncker demanded that Britain implement Article 50 straightaway, saying that it was a requirement. It was not a requirement but it was an extremely unhelpful intervention because it was precisely the impression of Brussels talking down to everybody that had produced the problems.

Therefore, through the medium of this intervention in your Lordships’ House I need to say to our friends in Brussels and across the European Union, “Understand that relationships are a two-way affair. You have to be prepared to be flexible too if there is to be change for the better”. It may be too late to do other than have a relationship where the United Kingdom is outside the European Union, and it may be almost too late for some of the other countries, because this is not just a question of Britain. Many other countries are asking themselves these questions and have deeply dissatisfied populations, and this year in particular is likely to see developments of a thoroughly untoward order.

When it comes to the border in Ireland, I hope that people in Brussels understand that it is in their interests to start being flexible over it and not simply to say, “Well, take it or leave it. If you want to do Brexit, here are the consequences”. Rather, they should say, “First, this is a relationship. Secondly, we are a peace project, ​and we are not about disrupting a peace project that was painfully put together in Ireland. And, thirdly, if there was ever trouble again in Ireland, it would be trouble within the European Union, even if Northern Ireland isn’t part of it, because the trouble would be north and south of the border, as it was before”. But, of course, the amendment is particularly addressed to Her Majesty’s Government. I appreciated the fact that the Prime Minister, as one of her first initiatives, contacted the Taoiseach, Enda Kenny, and expressed her appreciation of his positive regard and relationship. I know that, despite the difficulties he is in, he or any successor would be able to have useful and positive contact with the Prime Minister. However, it is not a question just of what we do and say, it is a question of our impulses.

My fear is that now she is Prime Minister, Theresa May is bringing to the office of the Prime Minister many of the attitudes, the people and the approaches of the Home Office. If that is the case in relationships with Ireland, north and south, it will create problems for her and for all of us. So my appeal is to understand that being Prime Minister of the United Kingdom is not just about being Prime Minister of England and a few add-on bits. It is about Scotland; it is about Wales; it is about Northern Ireland; and it is about many parts of England that do not necessarily feel entirely at home with the approaches that are taken here in London. That will entail a stretching of imagination and political creativity, it will mean engaging with people and it will not be entirely easy, but it is absolutely necessary if we are to create the kind of environment we need within this United Kingdom and in our other relationships, of which I hope there will be many, not just in the EU but outside the EU. Indeed, goodness knows what kind of EU, if any kind of EU, will still exist by the time we come to March 2019. We have no idea. The world is changing dramatically before our eyes. ​However, there are some things that we know do cause trouble, even if we are not sure what things cause good to happen.

One of the things that will cause trouble is if people in the nationalist and republican community feel that the progress that was made in relationships, in understanding and in sensitivity are being rubbished because there is no longer the threat of violence. That is why—although I have not put my name to it, and I have some questions about the detailed drafting—I have great sympathy with the amendment in the name of the noble Lord, Lord Murphy, which reflects something that was said by the Taoiseach, Enda Kenny. That is that there needs to be an appreciation in the engagement with Brussels that if, as is the case under the Good Friday agreement, the people of Northern Ireland give their consent and show their wish to leave the United Kingdom—not something I expect in my lifetime at all—it would effectively mean that they would then become part of an Ireland which, in total, would be part of the European Union, if the European Union still existed in the same way.

It does not seem to me that this is in any way in contravention of the Good Friday agreement or any of the other agreements. It is certainly not talking about promoting a united Ireland; it is entirely different from the situation in Scotland, because Scotland would be leaving to be a separate country and then apply, whereas Northern Ireland would become part of a country that was already part of the European Union, albeit an expanded one. It does not affect other things, but it may well be one of those things that can give sufficient comfort to people in the Republic and in the nationalist community to enable us to negotiate in the way that we desperately need to. It is not about us proposing solutions but rather about insisting on the maintenance of relationships that can get us through the very difficult period that stands ahead.