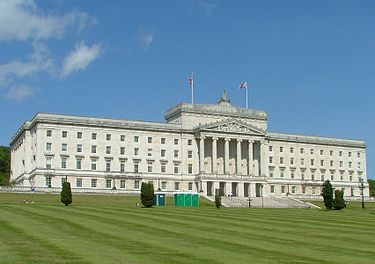 SDLP Leader, Colum Eastwood, has written to the other party leaders and the two governments to urge that talks are convened this week to finally restore devolved government in Northern Ireland. He is right as far as he goes, but he should go much further.

Firstly, the parties should not wait for a dithering and incompetent British Government to convene a meeting, nor do they need any external chair to enable them to engage. They are duly elected to the Northern Ireland Assembly and the people of Ireland, North and South, expect them to get on with the job.

Secondly, they should get together in a sitting of the Assembly as a whole, in the Stormont Chamber, to address the situation created by the terrible and tragic death of Lyra McKee. That is the place for politicians to address the issues. Lyra McKee died because of a failure of politics that has left a vacuum for gunmen to exploit. Politicians need to take the initiative to fill the vacuum.

In my view Northern Ireland’s leaders should stop waiting for this dithering British Government to make a move. They should call a sitting of the Northern Ireland Assembly, and start the process of breathing life back into democratic politics. Sinn Fein are commemorating the Easter Rising this weekend, but a far better commemoration would be the centenary of the First Dáil. It did not seek the approval of the British Government to sit, and indeed it met from January until September 1919 before it was declared illegal. The current hopelessly ineffective British Government cannot move anything forward but are also unlikely to be able to block Members of the Northern Ireland Assembly meeting and expressing the views of their constituents.

This would be a truly meaningful recognition of the sacrifice of Lyra McKee. She did not sit around waiting for other people to address issues; she courageously took the lead. She deserves to be remembered as one whose death marked a turning point that gave Northern Ireland’s politicians the courage to do something, and not just talk about it.