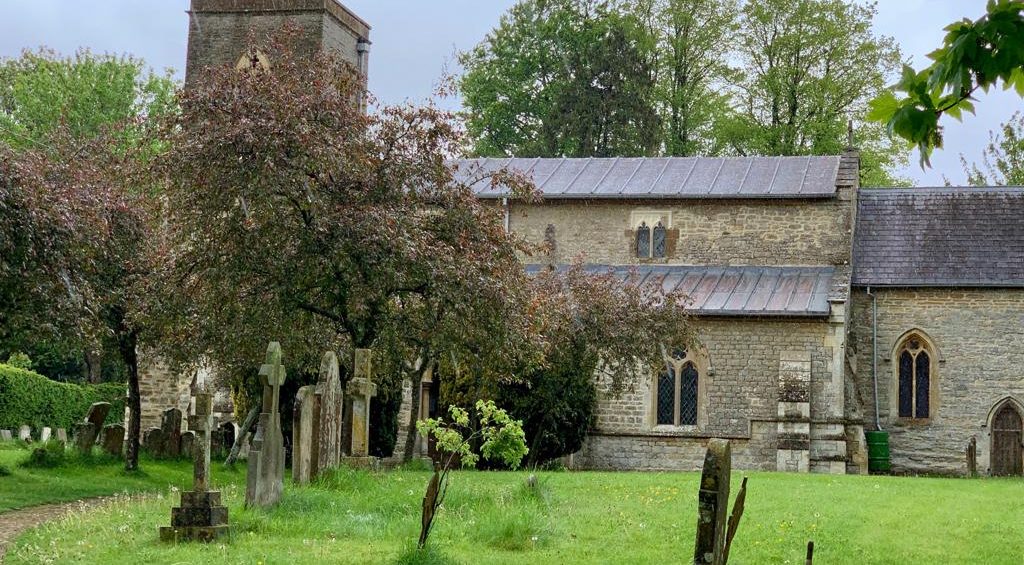 Today we read a passage from the 4th chapter of the letter of Paul to the Christians in the Macedonian city of Philippi.   Last week Penny spoke on a passage from chapter 3 and indeed the Lectionary has, over the last four weeks up until today, set out a passage each week from each of the four chapters in this letter, or epistle as we sometimes call it.   Of course, Paul did not instruct the scribe to put chapter and verse divisions in his letter.  Those were inserted more than a thousand years later to make it easier to reference particular sentences or passages.  It is a little ironic that we sometimes call for someone to ‘quote chapter and verse’ to indicate a conclusive and definitive certainty when the chapters and verses in the Bible are not original at all and indeed reading a single verse or taking a series of verses out of the overall context can give a misleading or even a false impression of the message.   Just imagine what would happen if a sentence or two of one of your letters, or more likely now-a-days, one of your emails, was quoted without reference to the rest of the message or its context.  It could be very misleading.

Philippians is not a very long letter, so you may want to read it later to get a better sense of what it is about.  Paul was under arrest in Rome at the time, but he was not alone, indeed the letter was actually from Paul and Timothy and it is a particularly warm message of appreciation of all the support that the Christians in Philippi had given to Paul.  He says in the letter that he hopes to send Timothy to see them and perhaps to come back and see them again himself if that proves possible, but he also intends to let Epaphroditus go back to them, perhaps carrying this letter.  Epaphroditus had been sent by the Philippian Christians to go and lend support to Paul in Rome, but he was missing his friends and had in fact he had fallen dangerously ill and nearly died.  But he had now recovered, and Paul wanted him to return home and bring his fondest good wishes to the friends back in Philippi.

We first come across the Christians in Philippi in chapter 16 of the Acts of the Apostles.  Paul was on his missionary travels.  He had returned to Derbe and Lystra in the southern part of Asia Minor – what we now call Turkey – when he met up with the young man, Timothy, who came from what we in Northern Ireland would call a mixed marriage – his mother was a Jewish Christian and his father was a Gentile.  Paul and Timothy got on so well that Timothy became Paul’s disciple and accompanied him as he travelled up north to the narrow strait of water that we know as the Dardanelles, between the Aegean Sea and the Sea of Marmara.  It was there, on the coast at Troas, that Paul had a dream in which he heard a man appealing to him to come across the sea to Macedonia to help them there.  So it was that Paul arrived for the first time in Europe and headed to the Roman colony of Philippi.   Things started well with the conversion of Lydia, a businesswoman, originally from Thyatira, back in Asia Minor where Paul had just come from.  She sold cloth that had been dyed purple – our daughter Joanna’s favourite colour – and in those days purple dye was a very expensive commodity, so Lydia was probably quite well-off and she insisted that Paul and Timothy came and stayed at her house with her, and her family.  Things did not continue so well however and you will recall how Paul and one of his other colleagues, Silas, ended up being flogged and imprisoned, and then freed after an earthquake.  They left Philippi shortly afterwards, but not before more people had joined the small Christian community there.   They had made some very good friends who would continue to support Paul financially.

By the time Paul was writing this letter to his generous supporters in Philippi, he was back in prison again, but this time in Rome, and it seems that he is less than impressed with the Christian community in the city.  There was a lot of rivalry among them and some were even stirring up trouble for Paul as he lay in jail.   He did however have enough access to communicate with friends like Timothy and Epaphroditus and indeed to pass on the message of Christ’s Gospel to others in Rome.

Although he says that he hopes to be freed, one has the sense that he does not really expect it and is hoping that Timothy can bring greetings and the letter to Philippi and then return to Rome and let Paul know how things are with his friends.   Paul is concerned because there are troublemakers in Philippi too.  Some were insisting that male Gentile converts should have to be circumcised. This was obviously a major issue at the time, indeed Paul had circumcised Timothy before he allowed him to accompany him on his missionary journeys.  At that time, Paul was still in a mood for acting with consideration for what we call the Judaizers, but by the time he is writing the letter to the Philippians he had given up on that because like Jesus himself a major part of the Gospel message was that worshipping God was a matter of the spirit, not of physical and material practices.  However, this focus on the physical rather than on the spiritual dimension was not the only problem at Philippi.

Some of Paul’s friends there seemed to be getting into rows with each other.   Paul was especially exercised by an on-going dispute between two fine women in the community.  Euodia and Syntyche had very positive names – Euodia probably means ‘sweet fragrance’ and Syntyche conveys the notion of being ‘fortunate’ – but their relationship was neither sweet nor fortunate.  It was a problem for the community and Paul appeals to them and to the leaders in the group to try to sort out their relationship difficulties, and live a life that is true, noble, just, pure, lovable and gracious, focussing their attention not on petty rivalries but on that which is excellent and admirable.   In parts of the Protestant community that I came from our Reformed insistence on the doctrine of ‘justificatio sola fide‘ (‘justification by faith alone’) sometimes described as ‘faith not works’ – has taken us some distance from the centrality of the life of virtue that Paul tries to live out and model, and to which he calls the Philippian Christians in this letter.  How we live our lives is in fact central to the Gospel, but it is so because of the spirit in which we live our lives, not just because of the things we do.

This past week saw another letter from a Christian leader in Rome appealing to his brothers and sisters in Christ to live lives of love and virtue.   On Saturday 3rd October, the anniversary of the death of St Francis of Assisi, Pope Francis went to the tomb of the saint after whom he took his name, and the following day – last Sunday – he published an Encyclical entitled ‘Fratelli Tutti’.   While today we think of an encyclical as a major doctrinal document from a Pope, and indeed Fratelli Tutti runs to some 43,000 words, originally an encyclical was a round robin letter sent from a bishop to a group of local churches – as Bishop Steven might send to us here in Shelswell Benefice.   Fratelli Tutti were the words St Francis of Assisi used in addressing his brothers and sisters and proposing to them a way of life marked by what Pope Francis calls ‘the flavour of the Gospel.’  Of the counsels that Francis of Assisi offered, the Holy Father selects his call for a love that transcends barriers of geography and distance, and declares blessed all those who love their brothers and sisters, as much when they are far away from them, as when they are with them.   This is especially relevant to all of us in this time when we are separated not just by geographical distance but by what we have come to call ‘social distancing’ which is required to protect ourselves and our brothers and sisters from viral infection – it even affects how we have to physically distance ourselves from each other here in church, and some of us have to join virtually – both distanced and also brought a little closer through the technology of our day.

Last Sunday’s encyclical is an inspiring document – and while the Philippian Christians had to wait quite some time for Timothy and Epaphroditus to make the long journey by land and sea from Rome to Macedonia, you and I can access ‘Fratelli Tutti’ on the internet in a moment.  To read this modern epistle from Rome is to be challenged by a timely warning of the dangers of a disintegrating world and fragmenting relationships, but also to be encouraged and inspired to appreciate the Gospel of Love that can bring people together and build a better community.  Like St Paul, who went outside the Jewish Christian community to embrace Gentiles, St Francis went outside the Christian community to engage beyond differences of origin, nationality, colour or religion most notably by visiting the Sultan and Muslim leader, Malik-el-Kamil, in Egypt.   In the same spirit, Pope Francis met last year in Abu Dhabi with Grand Imam, Ahmad Al-Tayyeb, and together they declared that “God has created all human beings equal in rights, duties and dignity, and has called them to live together as brothers and sisters”.  This was, he says, no mere diplomatic gesture, but a reflection born of dialogue and common commitment.

Two thousand years after Paul sent his letter we live in a very different and much more complicated world than those first century Philippians, but in essence the message of Fratelli Tutti is the same one that Paul sent in his letter, or epistle or encyclical, from Rome to Euodia and Syntyche, to Clement and the other brothers and sisters in Philippi.  It is the message that St Francis proclaimed some 800 years ago, and it is relevant, challenging and inspiring for us here in Fringford, in Shelswell, in Oxfordshire, across our country and throughout the world, where on this day millions of brothers and sisters are gathering together to celebrate the message of Jesus, the Christ – the good news of love and community; brothers and sisters together, the whole human family in a time of challenge – Fratelli e Sorelle Tutti. le