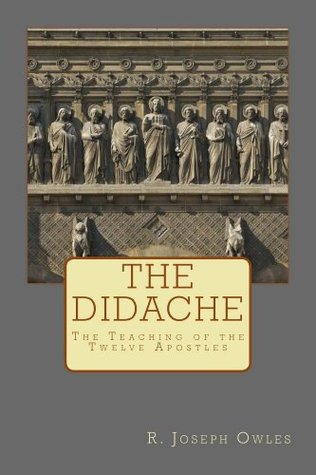 The Didache: The Teaching of the Twelve Apostles.

This very short manual of what a significant body of early Christians believed about their faith is of enormous importance, not least because it gives a real insight into their priorities in those early times. The Didache is the oldest extant written catechism, probably from the 1st century. It was lost for centuries until a Greek manuscript was rediscovered in 1873 in Istanbul by Philotheos Bryennios, Metropolitan of Nicomedia, in the Codex Hierosolymitanus. I came to it in through James Heron’s ‘Evolution of Latin Christianity’ and on reading (and re-reading) the Didache it seemed to me that such a huge amount of what happened afterwards was at best a distraction and at worst wholly misleading. Unusually for me, I will not say more. This slim volume is so short and so important that you would be best to get and read it for yourself.

View all my reviews