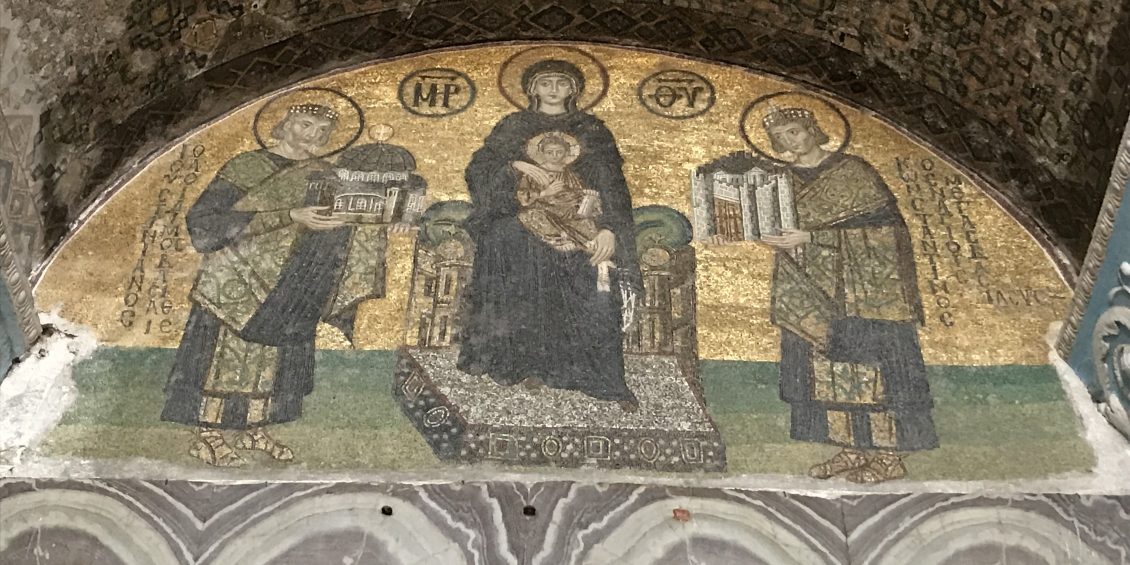 The book of Proverbs is one of the great books of wisdom, and not only in that library of books that Christians know as the Holy Bible.  Proverbs stands out as one of the most marvellous pieces of the world’s wisdom literature, whatever your faith or belief.  The first verse of chapter 1 attributes many of the sayings in the book to King Solomon and some later sections are attributed to others.  Chapter 30 is described as the sayings of Agur, the son of Jakeh and chapter 31 attributed to Lemuel, king of Massa, though they were not just his own ideas, for we are told that they were taught to him by his mother.

The first nine chapters of the book are a long hymn of praise to Wisdom and these chapters personify Wisdom as a woman.   It is interesting how much women are identified as a source of wisdom in this book.  It is good that in more and more parts of the Christian church today our spiritual guidance comes from ordained women as well as men but this is in marked contrast to the traditional church structure and some other parts of the Bible. In most times and places, religious communities have been very male dominated.  However right from the start in Proverbs the young man is urged not to allow himself to be led astray, but to pay attention to the teaching and instruction not only of his father, but also of his mother and, as I have already said, the wise sayings of King Lemuel are entirely attributed to what he had learnt from his mother.

Wisdom is described as a woman crying out in public places to give counsel to those who are prepared to listen.  Many religious traditions speak of wisdom as something arcane and esoteric, only available to a small elite of initiates, who are expected to guard the secrets with great care.   I read a book some time ago whose title was “Des Choses cachées depuis la fondation du monde” – “Things hidden since the Foundation of the World.”  But in this Jewish tradition, Wisdom lifts her voice and cries out at the crossroads.

When I was standing for elections in Northern Ireland, the crossroads was the place where you concentrated your election posters, not only because many people passed there in both directions, but also because they had to slow down in order to avoid having an accident and that gave them more time to see your photo, pick up the name and read your slogan.   Not that the slogans were the kind of wise sayings that fill this remarkable book of Proverbs.

Wisdom, says the writer in verse 2 of chapter 8, stands at the crossroads, and she is not only there, she is by the wayside, at the top of the hill, beside the gate, at the entrance to the city, at the entry by the open gate, calling out loud, doing all she can to get people to listen and pay attention.   I sometimes reflect on how little attention the Christian community itself pays to the wise words of the book of Proverbs.

There is a section in chapter 8 which is often given especial value because it is taken to be a reference to the coming of Jesus, some hundreds of years later, and is often linked in the lectionary to the passage in chapter 1 of John’s Gospel, but there is little indication in Proverbs itself that this is what is meant, or that the Holy Spirit intended us to pass by the more than 30 chapters of wise instruction in the book as though they were all simply there point to something else.  In fact, it is rather clear, they are telling us how we ought to conduct our lives and our relationships.

So if we interpret these words as nothing more than pointers to the New Testament, we are doing exactly what is being criticized by Wisdom in the book – we are allowing ourselves to be distracted and failing to pay attention to the words of instruction.

On family holidays when I was growing up, my father would read a Bible passage to us every morning, and one summer he chose to read through the book of Proverbs, which conveniently enough has thirty-one chapters – one for each day of the month-long holiday.   In truth one could profitably read a verse or two of Proverbs every day for a year and reflect for the rest of each day on the wisdom contained in each short section.

The significance of Wisdom was recognized by the Byzantine Emperor Constantine who commissioned the construction of the first Hagia Sophia in Constantinople in 360 AD. Sophia was the name the Greeks gave to the goddess of Wisdom. The current building comes from the time of the Eastern Roman Emperor Justinian between 532 and 537 and, in picture of the mosaic from Hagia Sophia above, you can see on the right, the Emperor Constantine presenting a model of the city of Constantinople to the Virgin Mary and the Child Jesus and on the left Justinian presenting them with a model of Hagia Sophia, still recognizable as the structure in the city which is called Istanbul today.

Centuries later we are fortunate that when we were growing up we could read the wisdom of the scriptures in our own language in one of the printed copies of the Bible around our homes.   But for a thousand years from the fall of the Western Roman Empire until the Reformation the scriptures were indeed esoteric wisdom.  They were written in Latin, a language that few could understand, painstakingly copied out by hand and often gloriously illuminated, but kept in monasteries and libraries not available to seen, never mind read, by ordinary people.   It is hardly surprising perhaps that the misguided notion emerged in the Latin Church of the Middle Ages that following Jesus Christ was all about the performance of religious duties and buying salvation by giving money to the church.

Reacting against the unavailability of the Word, the Reformers focused a great deal on making sure that people could read the scriptures in their own language.  This meant having them printed cheaply enough that everyone could have them; making education available so the people could learn to read; and hearing the word expounded by preachers who were themselves educated enough to understand what the Scriptures meant, and were able to teach how it all fitted together in terms of whatever was the cultural and philosophical outlook of the day.   This tended to emphasize knowledge – biblical knowledge, sometimes doctrinal knowledge – and correct belief.   Indeed, believing the wrong thing was likely to get you into trouble and perhaps be excommunicated or even executed.

But knowledge and wisdom are not the same thing.  I am a Fellow of the Royal College of Psychiatrists, and the motto of our College is ‘Let Wisdom Guide’.   Of course we are expected to have knowledge, about the functions of the brain, the nervous system and the rest of the body; to understand normal and abnormal psychology; to learn about how we relate to other people, for better and for worse, and reading the monthly journal of the Royal College of Psychiatrists, filled as it is from cover to cover with the latest research knowledge, one might imagine that the College motto would be ‘Let Knowledge Guide’.   As the Prince of Wales observed when addressing the 150th Anniversary conference of the College, wisdom and knowledge are not the same.  Patients are much more reassured to have a physician who is full of wisdom, than one who only has knowledge.   Knowledge, especially medical knowledge, can quickly go out of date, but there is something almost timeless about wisdom.

As verse 22 of chapter 8 tells us, Wisdom has been there from the start.   In very poetic terms Wisdom is described as, being there before even the creation of our world; She was there as our universe came into being.  And Wisdom is described as being playful and delightful.   One of the things that every wise woman knows is that when children are playing, they are experimenting with understanding life and learning and how to engage with the world around them.  Playing and having fun is not the waste of time that some of the old Puritans thought, it is part of “glorifying God and enjoying Him” – those were the words that the 17th century Westminster Divines used to describe the main purpose of our lives in that first question of the Shorter Catechism – “What is man’s chief end?  Man’s chief end is to glorify God and enjoy Him for ever.”  If we read on in chapter 8 of Proverbs, beyond verse 31 where we stopped today, Wisdom tells us –

“Now my sons, listen to me, listen to instruction and grow wise, do not reject it.  Happy is the man who keeps to my ways, happy the man who listens to me, watching daily at my threshold, with his eyes on the doorway, for he who finds me, finds life and wins favour with the Lord.”

I hope that you will feel encouraged to return to read the sacred book of Proverbs and to let Wisdom be your guide.