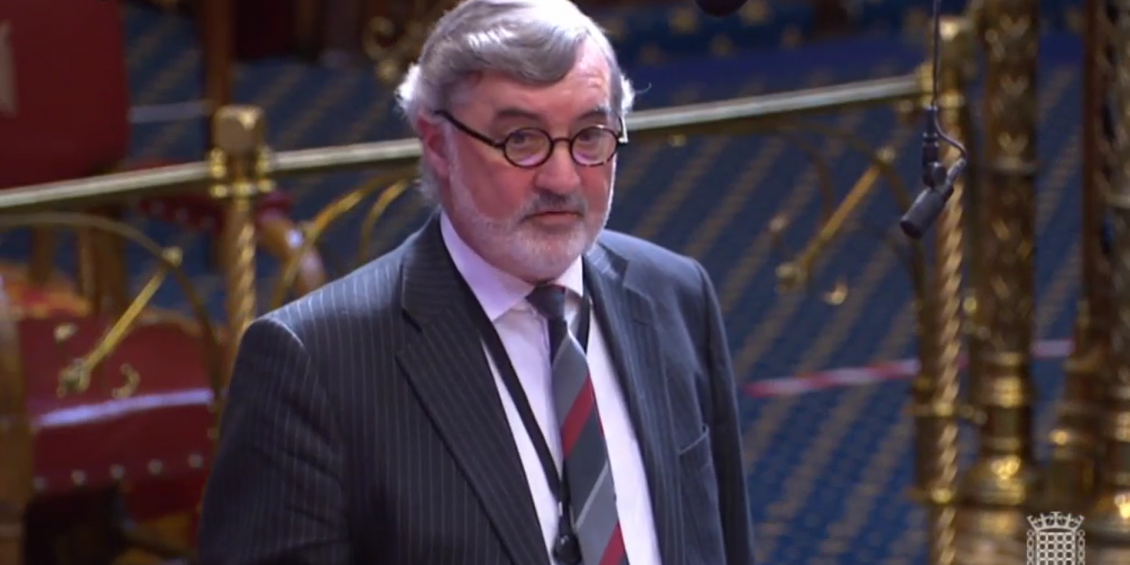 I have served in the House of Lords for 25 years and in recent weeks I have been encouraged by colleagues from all parts of the House of Lords to stand for election as Lord Speaker, at least in part because of my experience as the first Speaker of the Northern Ireland Assembly.

The same healing impulse that took me into politics in Northern Ireland motivates me to contribute to making the House of Lords a better place to work, and a positive influence on our increasingly dis-United Kingdom.

Many people in Scotland, Wales, and Northern Ireland, as well as in the North of England and the West Country, feel alienated, not just by inequality, but because they believe their communities are not treated with sensitivity and respect.  This is true of ethnic minorities, but also of whole regions.

The symbolism of electing of a Lord Speaker who has addressed divisions in one of our devolved nations would point to new relationships at Westminster, and with Edinburgh, Cardiff, and Belfast.

COVID has also exacerbated divisions in our House.  I was upset by what I felt was a lack of sensitivity to the needs of back-bench members, especially those with disabilities or who live at a distance, and were trying to keep an effective parliament going in very difficult circumstances.

We must always keep the needs of the whole House in mind.

When we talk of ‘the whole House’ we also mean all the staff on whom we depend.  A number of recent reports – the Ellenbogen Report, the External Management Review and the report of the Conduct Committee – show that much needs to be done to improve effectiveness and develop a culture of mutual respect.

Building mutual respect was central to my work in the Assembly. People saw that in the public-facing role, but the real challenge was enabling staff to work in new ways, sorting out security, allowances, and technology, and renewing and restoring a century-old building for a new 21st century power-sharing Assembly in which unionists, nationalists and all our fellow citizens would feel at home.

We face similar challenges now at Westminster, where all are agreed that there must be a major Restoration and Renewal Project if the building is to be preserved and made into an appropriate political working space for the 21st century. The functioning of the institution also needs serious attention.

In all this, the Lord Speaker must continue as the strongly non-partisan servant of the House, helping navigate the choppy waters of internal pressures and external criticism, and working with our Group Leaders and the Speaker of the House of Commons.