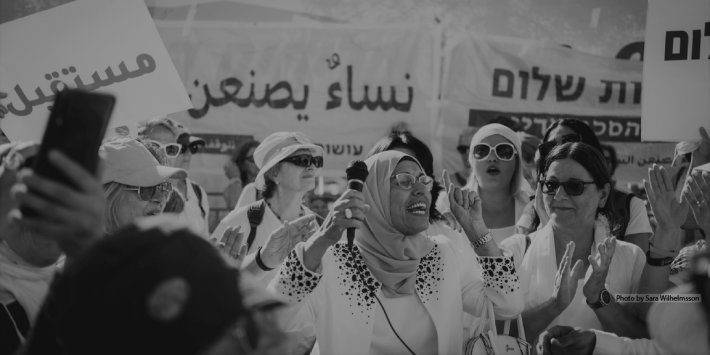 An international fund can play an important role in making positive change possible between Israeli and Palestine, but it needs political support and the involvement of international partners.

Along with many others who care about the people of Israel and Palestine, I was deeply saddened by the recent re-escalation of the conflict between the State of Israel and Hamas in the Gaza Strip. However, this recent flare-up also featured something new and even more destabilizing. We all saw the very disturbing scenes of intercommunal riots and violence between Jewish and Arab citizens of Israel itself in cities all over the country.

Those violent scenes reminded me of the way things deteriorated in the 1970s and 1980s in an increasingly polarized Northern Ireland.  While one should always be hesitant to make direct comparisons between the conflicts in Northern Ireland and in Israel and Palestine, there are times when we can see clearly some common features of our experience of a common troubled humanity – sometimes depressingly so.

In recent years I have become sceptical of the prospects for a negotiated two-state solution.  I wish it were otherwise, but there is an ever-widening gap and an ever-deepening distrust between Israelis and Palestinians, and this has now appeared within Israel as well as in Gaza and the West Bank.

However, this does not mean that is no possibility of hope. I recently attended a meeting organised by the Liberal Democrat Friends of Israel where the Alliance for Middle East Peace, detailed their plans for an International Fund for Israeli Palestinian Peace.

The idea of a Middle East Peace Fund comes from the success of the International Fund for Ireland, which played a significant role in fostering better relations between deeply divided communities both before and after the 1998 Good Friday Agreement.

One should not underestimate the importance of coexistence projects that bring ordinary people together to bridge divides in situations of violent conflict. In Northern Ireland I saw initiatives like these change attitudes, relationships and indeed lives, but only where they operated in parallel with genuine political engagement at the top.  Funds like these can play a unique and very important role in making positive change possible between Israeli and Palestinian civil society groups, but they need to include political support and the involvement of international partners.

The International Fund for Israeli Palestinian Peace would be a unique opportunity to reignite the peace process in the Middle East by bringing significant engagement from foreign governments, which can be structured so as to stimulate the political engagement that is crucial for any lasting change for the better.

By seeking external representation, the International Fund offers friends in the international community, not only the governments but the powerful diaspora communities from both sides, an opportunity to make their own tangible investment in peace.

In the absence of such a joint vehicle these communities usually feel they must back ‘their own side’, deepening divisions further, especially when violence breaks out.  The various international funds that supported the Irish Peace Process changed that by enabling the different diaspora groups to contribute together to something that would change life for the better for all their friends and families in the divided communities back home.

Of course what has been happening in Israel and Gaza has been deeply depressing, however, I discovered in both my political life and my professional experience, things usually have to get to a point of breakdown before people will take the risk of creating some new possibilities.

When there is a degree of stability, people tend not to disrupt the status quo, either because they are not sufficiently uncomfortable with the current arrangement or for fear of making things worse.  There needs to be a realization on both sides that neither can win, and both feel the pain.  This recent flare up represents a breakdown because unlike the past we have seen the violence erupting between Jewish and Arab citizens of Israel itself.

The current fear and despair may result in a realisation that the status quo cannot continue, and things must change. The United Kingdom has its own experience of conflict resolution, especially in relation to Ireland, and we also have a historic obligation to the peoples of Israel and Palestine.

I would urge the British government not only to participate in the creation of the International Fund for Israeli Palestinian Peace, but with our partners in the US, to seize the moment and be leaders on it.

This article was published on 9 June 2021 in The House – the weekly magazine for MPs, Members of the House of Lords and others working in, or interested in, Westminster politics