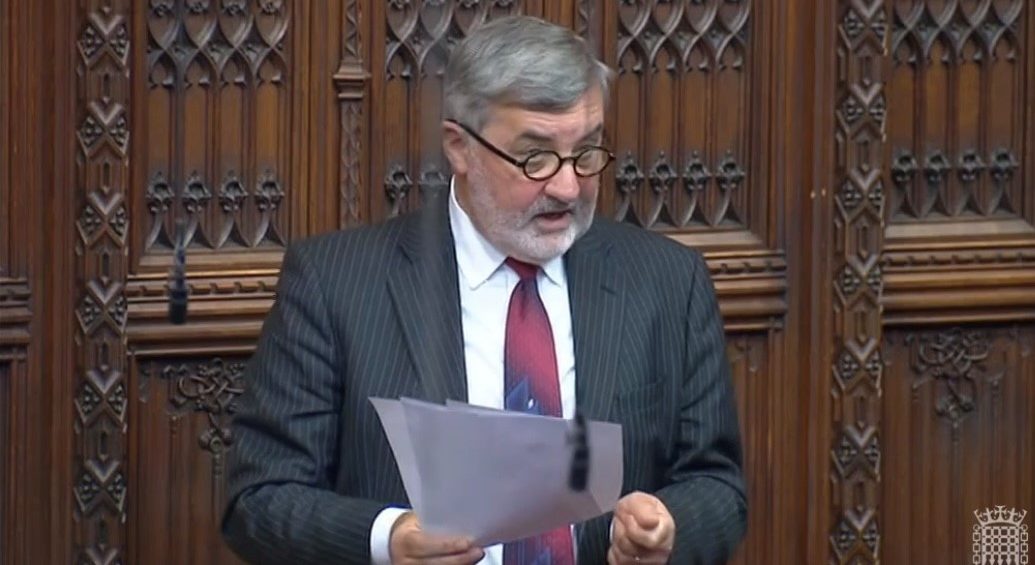 Speech in an emergency debate in the House of Lords on Russia’s invasion of Ukraine, on Friday 25 February 2022 – Hansard Report

My Lords, I remind the House of my interests noted in the register, particularly those at Oxford with the Changing Character of War Centre and the Centre for the Resolution of Intractable Conflict. I thank my colleagues there for some very helpful conversations in recent days about the current crisis.

It is ironic and appropriate that our sitting today was opened by the Right Reverend Prelate the Bishop of Coventry, whose diocese and city stand as a symbol and reminder of the horror and destruction of war, as well as of the better spirit that can help us through it. I fear that today we may be looking down a long, dark tunnel, not just for the people of Ukraine but for all of us in Europe and much more widely. In the few minutes at my disposal, I will not focus so much on the immediate moves that have been and need to be made, but on the deeper and wider consequences and perspectives that we should consider.

The first is what we have been describing as sanctions, but which is actually economic warfare. The word “sanctions” implies an authority that imposes punishment consequent on the breach of rules. The global authority to which we should be able to look to impose, or at least approve, such sanctions is the Security Council of the United Nations, and it cannot do so. For years, the United States has shown less than full regard for the UN, and not only is Russia one of the other permanent, veto-wielding powers and is not going to vote for sanctions against itself, but it is clear from statements in the past 24 hours that China is not prepared to use its vote to put pressure on Russia. This means that we do not have a functioning rules-based global order. That rules-based order is broken, and we do not know how, or even whether, it can be fixed.

More locally, the European Project that emerged from the wreckage of the last World War seems to have been based on the assumption that such an international rules-based order could be maintained without the substantial military power that would protect it from internal and external threats. When, some years ago, I was invited to speak at the German military academy, I was deeply dismayed to discover that Germany simply had no serious military capacity—a situation confirmed in recent days by a senior figure in the German military.

Indeed, apart from the limited and somewhat hollowed-out capacities of Britain and France, Europe does not really have the ability to protect itself without the NATO umbrella provided largely by the United States of America. This is a fundamental weakness that cannot be repaired quickly, and cannot be repaired at all unless there is an acceptance in our understanding of human nature that, while there are human beings on this earth, there will be not only the possibility but the inevitability of war. It will never be a thing of the past, especially if we do not have both the will and the means to maintain a relative degree of peace, freedom and order.

I will set aside the question of full kinetic warfare with Russia, not because it is impossible or even unlikely but because it is a question for another day and one that must take into account the clear and serious threat of a nuclear response, as voiced by President Putin.

I return to sanctions and what they mean. Since, as I say, there is no globally accepted authority to which we can turn in this situation, we are talking about economic warfare. We can, as we have done, implement a ban on the Russian airline Aeroflot. But the next day, Russia imposes a ban not only on British Airways but on any airline operating from the United Kingdom. We call for a ban on products. How will our farmers manage, for example, if 80% of the world production of ammonium nitrate is under Mr Putin’s control?

Thankfully, Germany has put a hold on Nord Stream 2, but it is not even operational so does not have an immediate impact on current supplies of gas. On the other hand, when we call for a blockade on Russia’s access to SWIFT, what is the immediate impact when Germany cannot use that mechanism, as it currently does, to pay for its current gas supplies? Given that our people have been suffering from high energy prices—there has been much debate on it in recent weeks—it seems to me that we need to explain to our people that, in rightly going down this road, we are engaging in an inevitable tit-for-tat conflict in which we will have to accept considerable pain not for a year or two, as with COVID, but potentially for many years, for this conflict with Russia will last.

Are we able to protect our own infrastructure from the inevitable hiking up of cyberattacks, not just on this place but on our electricity, water and other utility supplies, and from the cutting of the undersea cables that facilitate internet communications? Has the Royal Navy been given instructions to board Russian vessels off our coast? Have we been talking to the Irish Government about the fact that there are Russian vessels in their waters? Are we able to board? Would this be seen as an act of kinetic warfare? We need to think about these things; otherwise, we will suddenly find ourselves sprung into a problem.